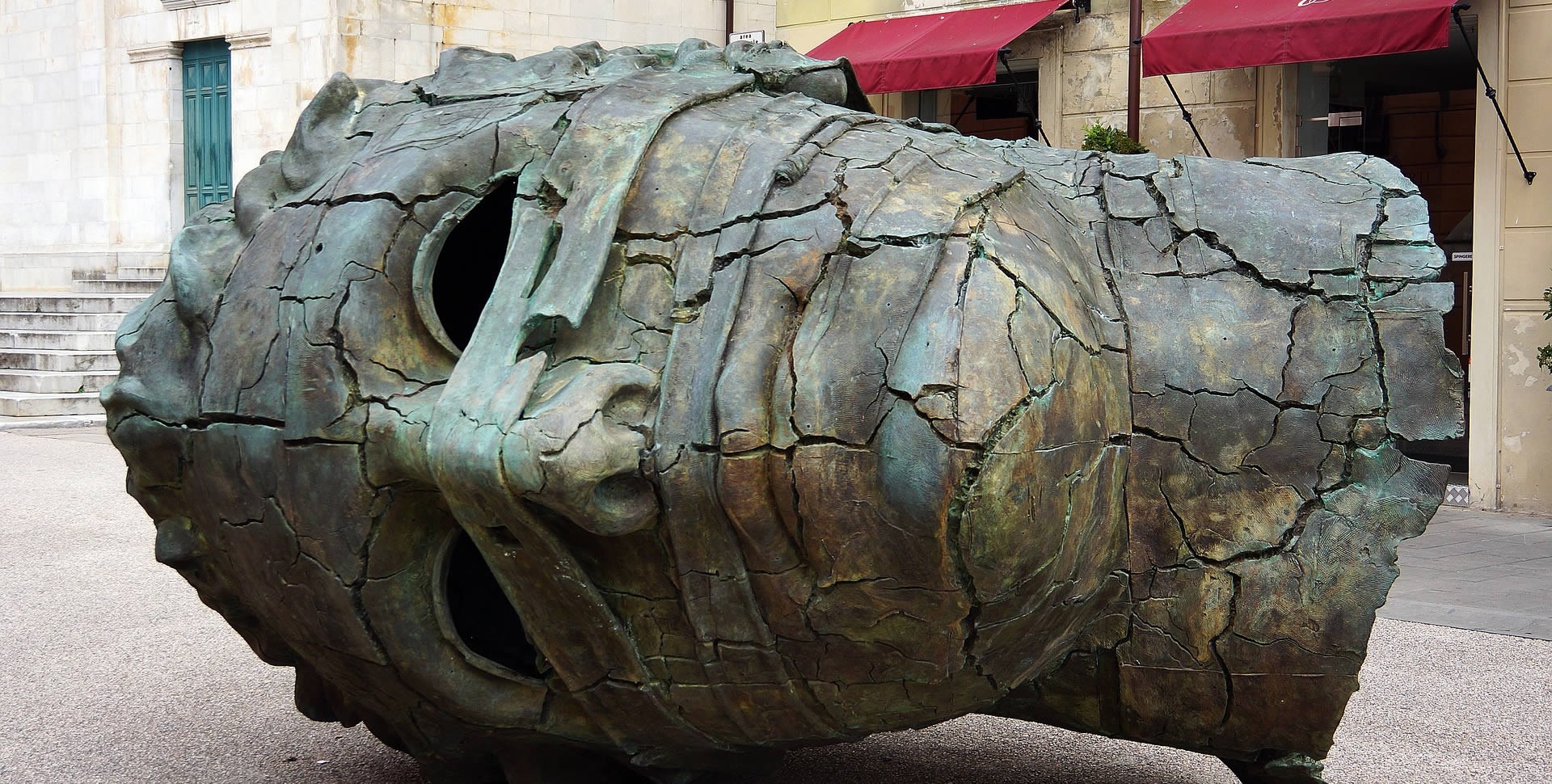 Culture and Nature for an amazonig holiday 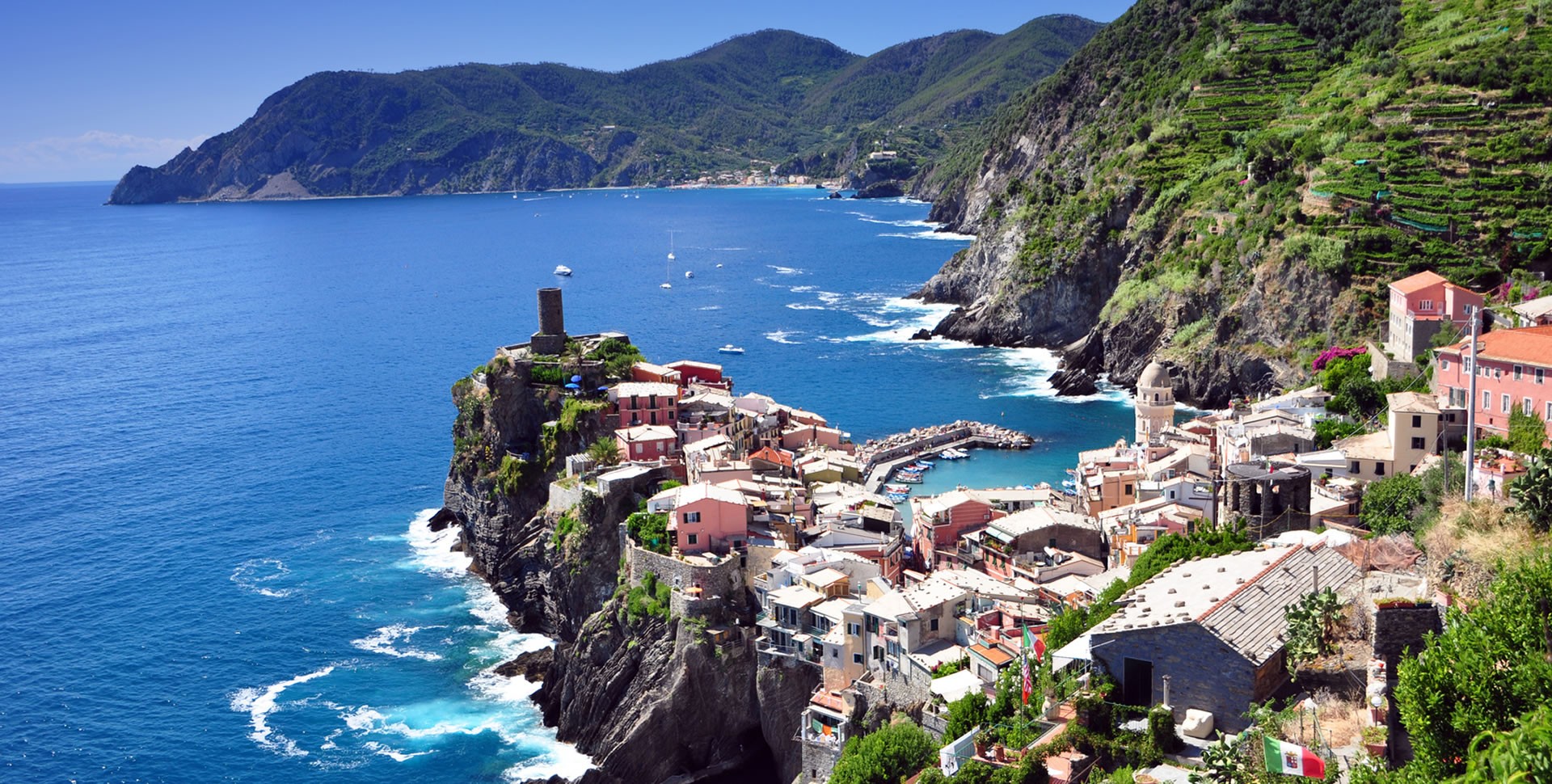 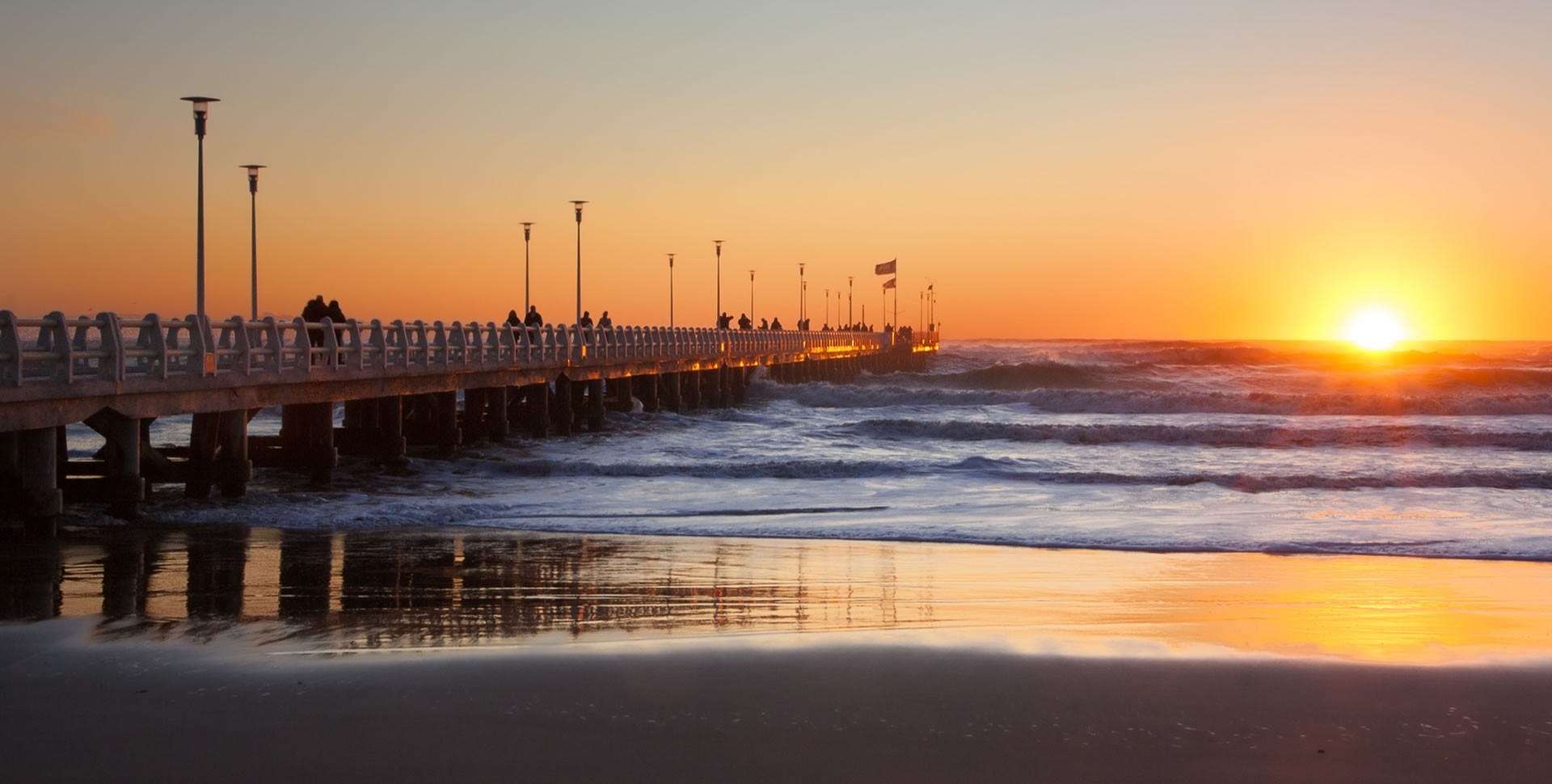 Famous for the manufacturing of marble and bronze, it has hosted and still hosts great international sculptors such as Botero and Mitoraj. Pietrasanta has one of the most beautiful historic centers in Versilia; the high concentration of monuments and galleries have earned it a well-deserved reputation as a city of art and for this reason it is known as "The little Athens of Versilia". Definitely not to be missed is the Romanesque-Gothic Cathedral of San Martino and the wonderful cloister of Sant'Agostino which during the summer season hosts art exhibitions and cultural events. 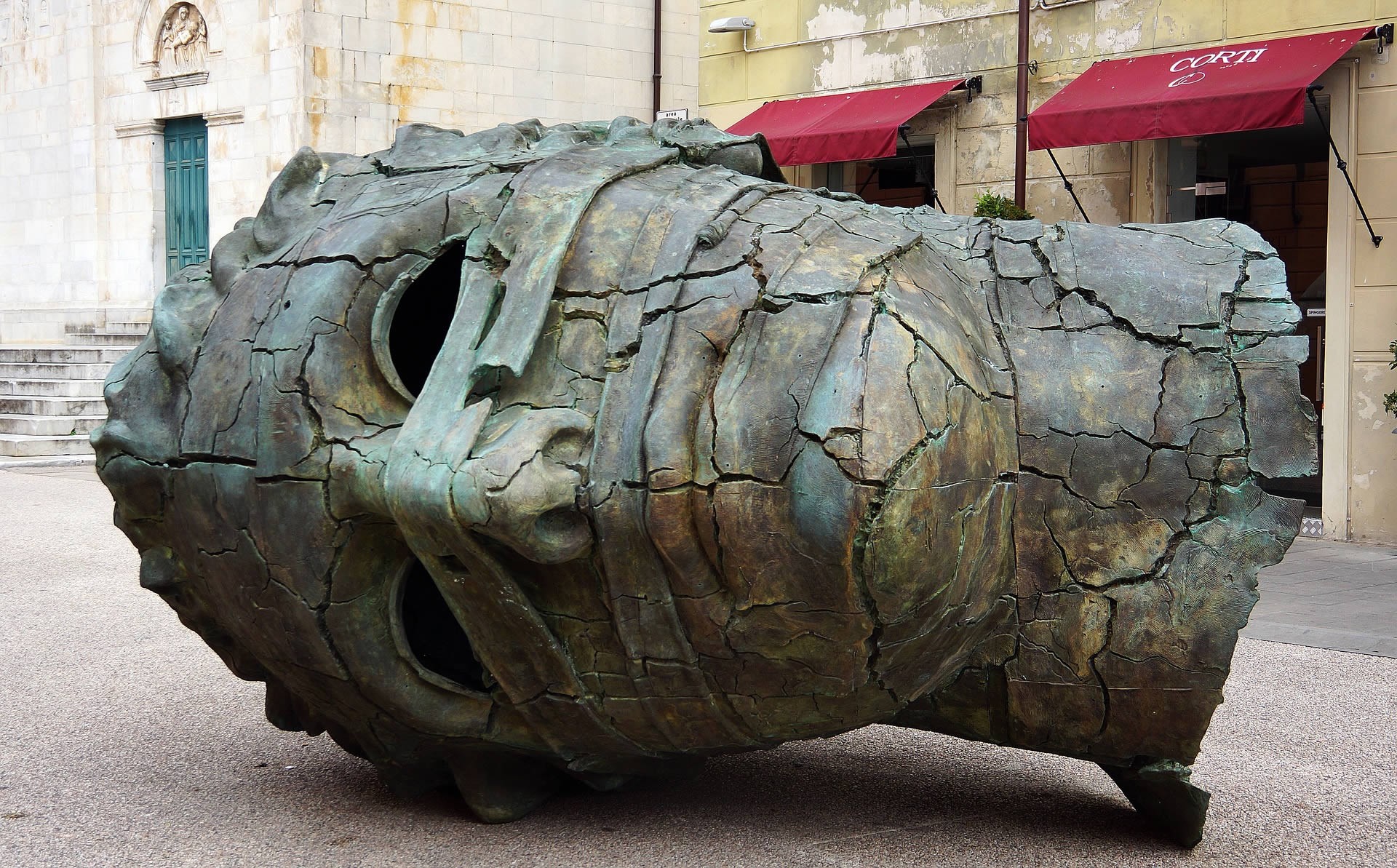 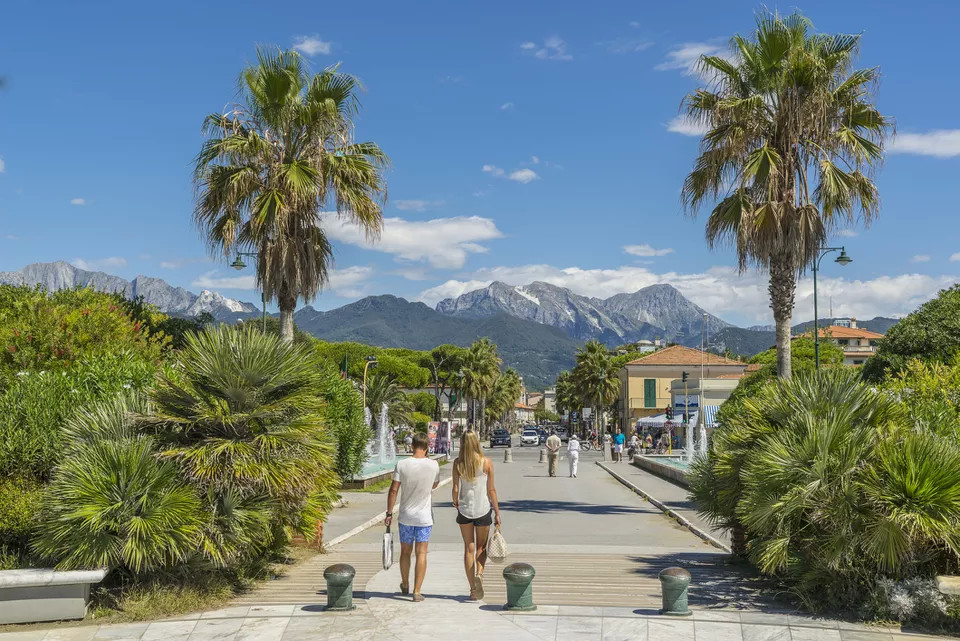 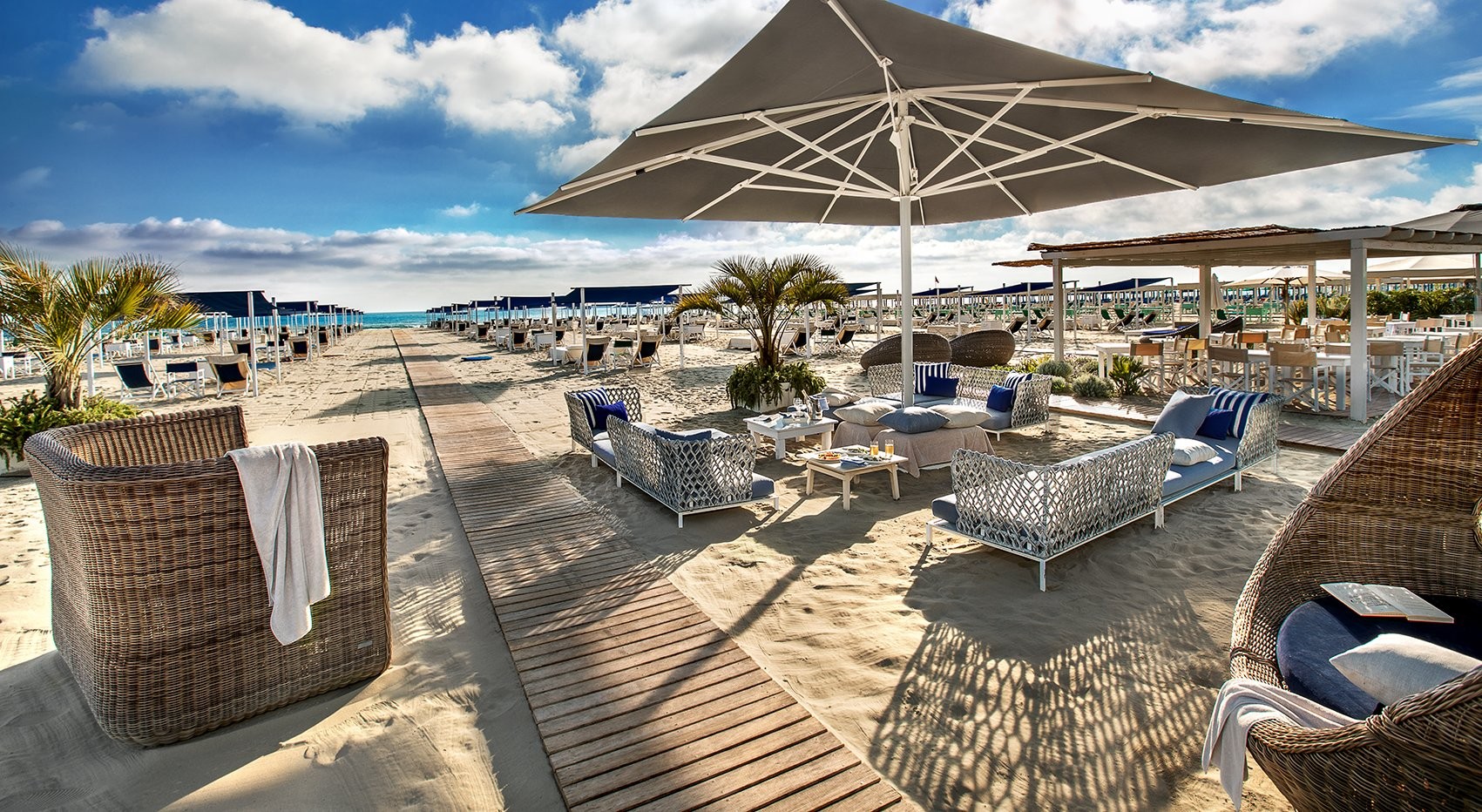 Forte Dei Marmi, in the heart of Versilia, is one of the most popular tourist destinations in Italy, boasting branded products and great hospitality both from a cultural and a human point of view. Surrounded by greenery and located on the Tuscan coast, it offers different types of landscapes ranging from the beach to the Apuan Alps located just over half an hour by car. In the center of the town stands the symbol and one of the oldest buildings in the town, that is the "Fortino" built in 1788 by the Grand Duke of Tuscany and today it is the seat of exhibitions and social events. The beach offers all the comforts with refined and accurate services aimed at ensuring that the tourist stays with all the comforts. The night is enlivened by clubs open until late at night and by high-class shops; among the most popular places we remember the "Capannina di Franceschi" destination of numerous international celebrities. Just a stone's throw from the sea we find the "Roma Imperiale" district, the Fortemarmino urban complex designed by some of the best Italian architects. While for lovers of culture and art we find another of the historic villas "Villa Bertelli" five minutes from the town center, today home to exhibitions and events with Italian and foreign writers and artists.

Viareggio is one of the most visited places in various periods of the year, in the summer for the beach and the various activities offered, and during the colder months for the famous "Viareggino Carnival". In addition to the vast beach equipped for every type of need, it is possible to walk along the "Margherita" avenue commonly known as "Passeggiata" to appreciate clubs, restaurants and shops, including famous brands. Moving towards the city center it is possible to appreciate a multitude of cultural attractions, museums, monuments and churches as well as a historic city; we want to remember among the oldest buildings the "Torre Matilde" erected by the municipality of Lucca in 1534. Viareggina renowned for the quantity of clubs open until late at night with music and catering for all ages and tastes. Moving away from the center and going towards Camaiore we come across one of the key areas of the city, the "Citadel of the Carnival" where the floats that perform during the carnival parades are set up and where international artists perform on some evenings. Going then to Torre del Lago, one of the hamlets of Viareggio, it is possible to attend the "Festival Pucciniano" which is held in honor of Giacomo Puccini exclusively in the months of July and August. 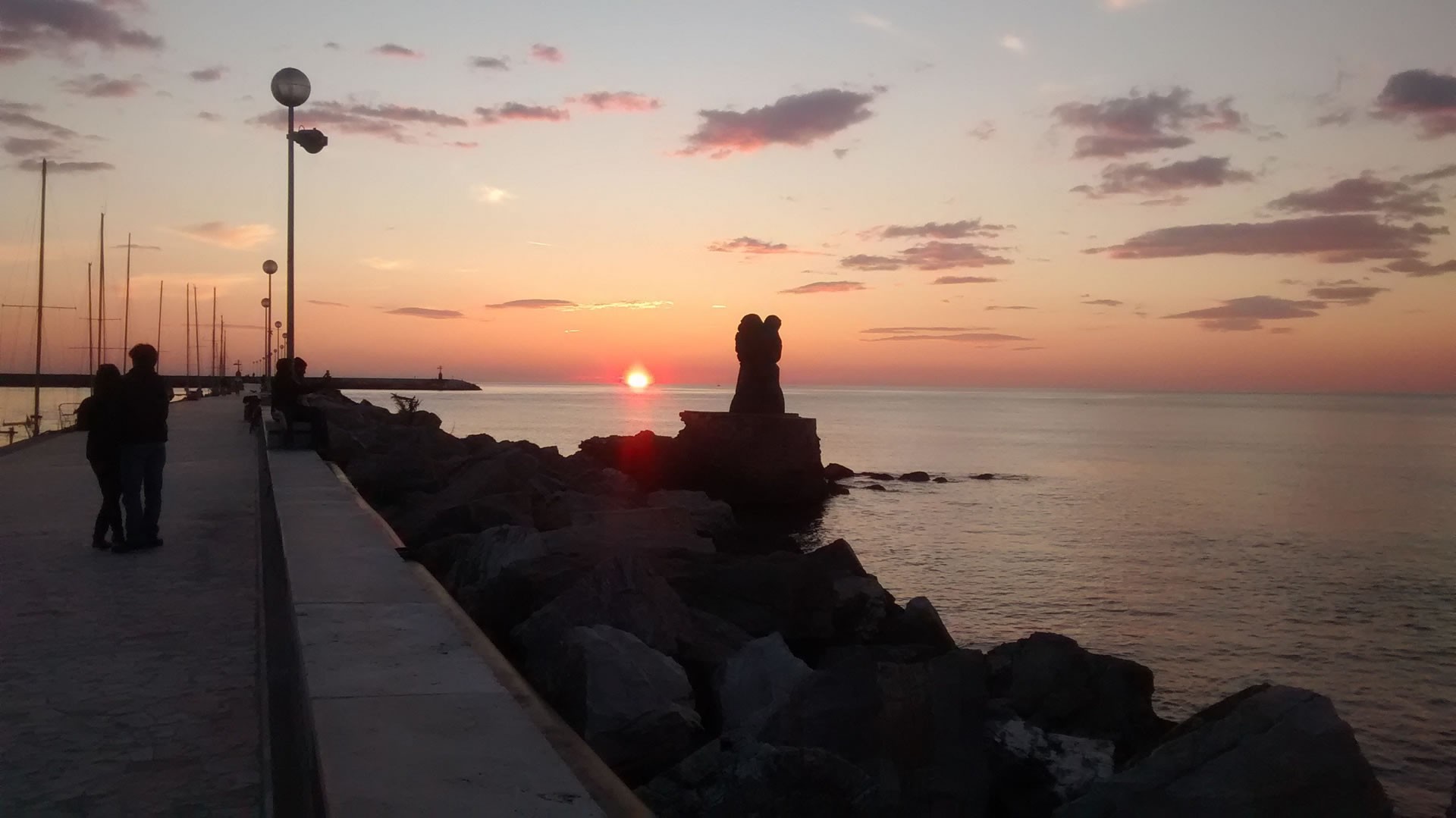 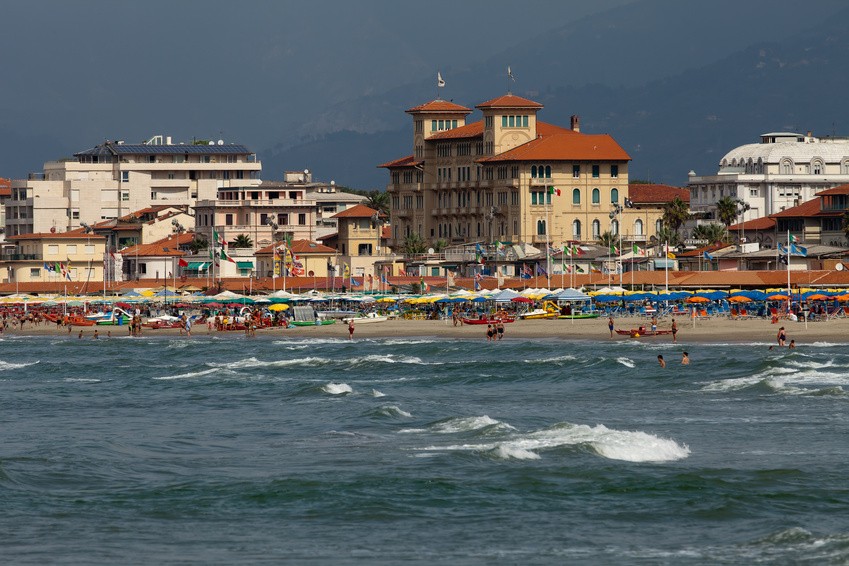 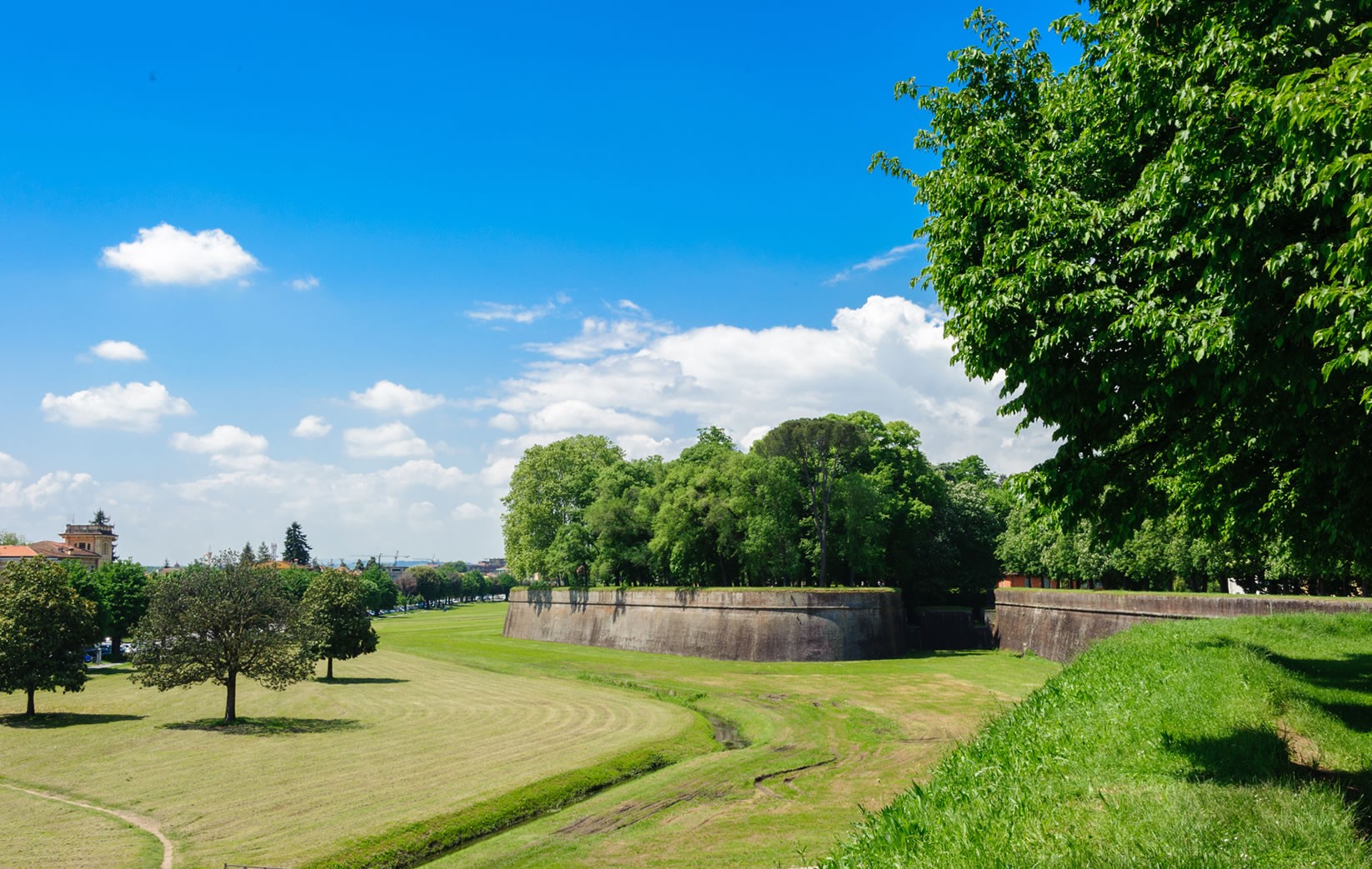 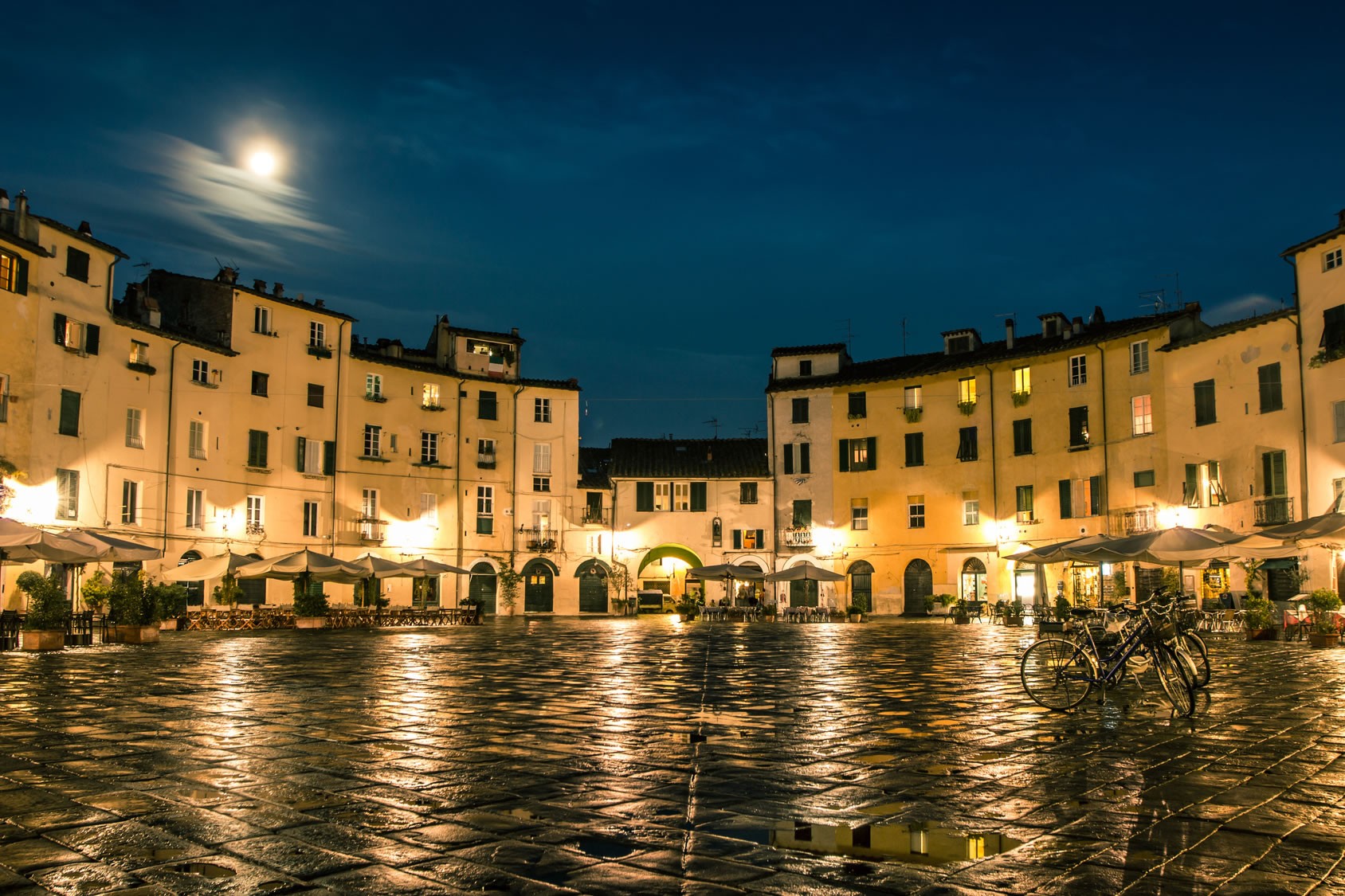 Entering the Tuscan hinterland less than an hour from Versilia it is possible to reach Lucca, one of the Tuscan municipalities that has maintained its original structure and independence from a socio-cultural point of view. Characteristic for its walls dating back to the Middle Ages and still in excellent condition. with tree-lined avenues that give harmony between the surrounding landscape, which tends to be green, and the interior of the city, still in medieval style. Medieval streets are crossed by a multitude of clubs and shops open at all hours.For those interested in the cultural point of view, Lucca offers a multitude of artistic and architectural outlets starting from the 99 churches in Gothic-Renaissance style to the ducal and noble palaces such as the "Torre Guinigi" which contains a suggestive hanging garden inside. Moreover, Lucca can boast of being one of the most n the most culturally active cities from the point of view of events and exhibitions, famous for comics by hosting one of the most important European events, the "Lucca Comics" during the Ponte dei Santi, as well as many other events scattered throughout the rest of the year such as the "Summer Festival". Leaving the walls and going into the countryside, you can rediscover a world rich in traditions and customs such as vast vineyards and agricultural productions. For lovers of taste it is recommended to taste the typical Lucchese dessert, the "Buccellato". 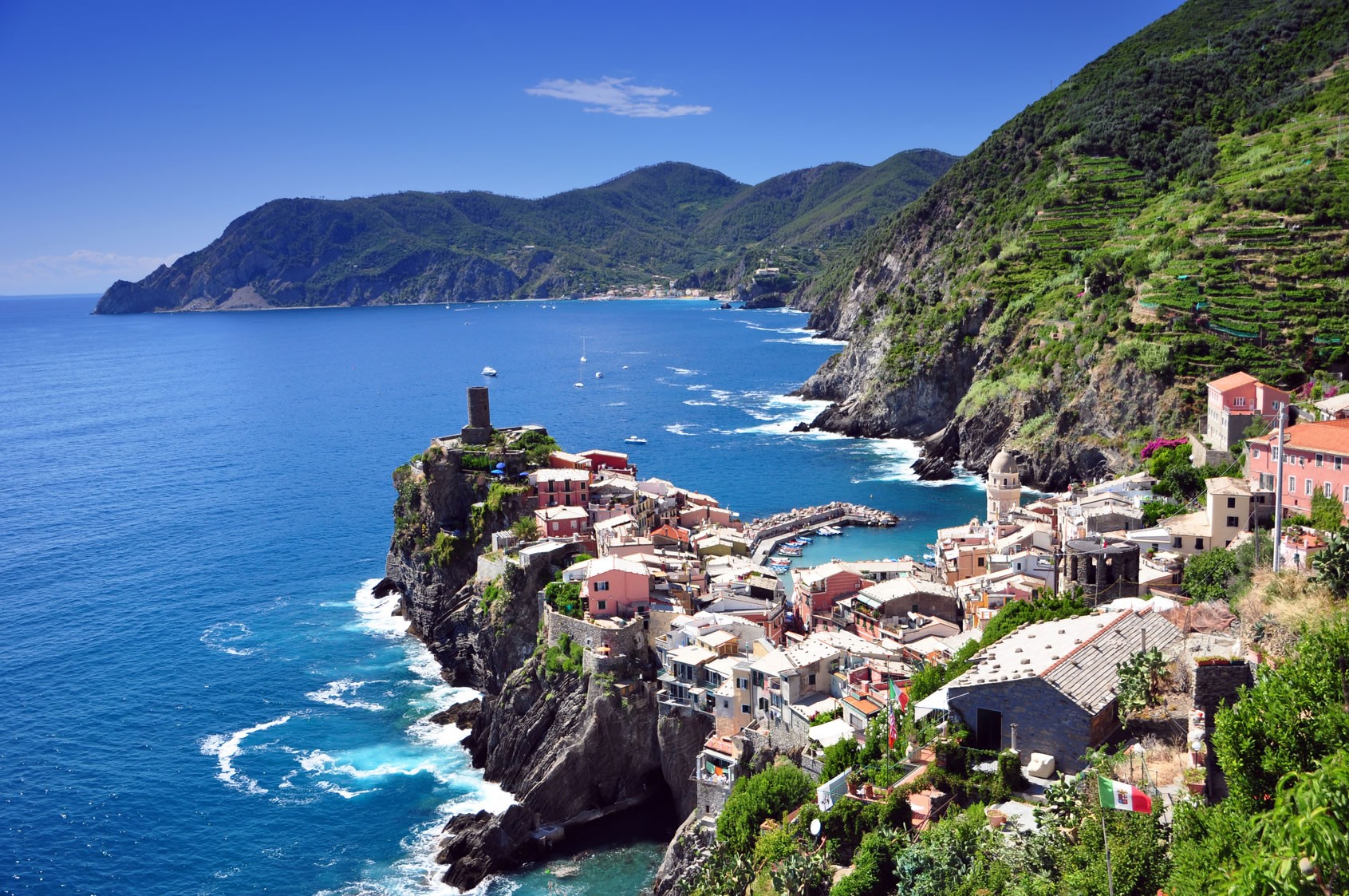 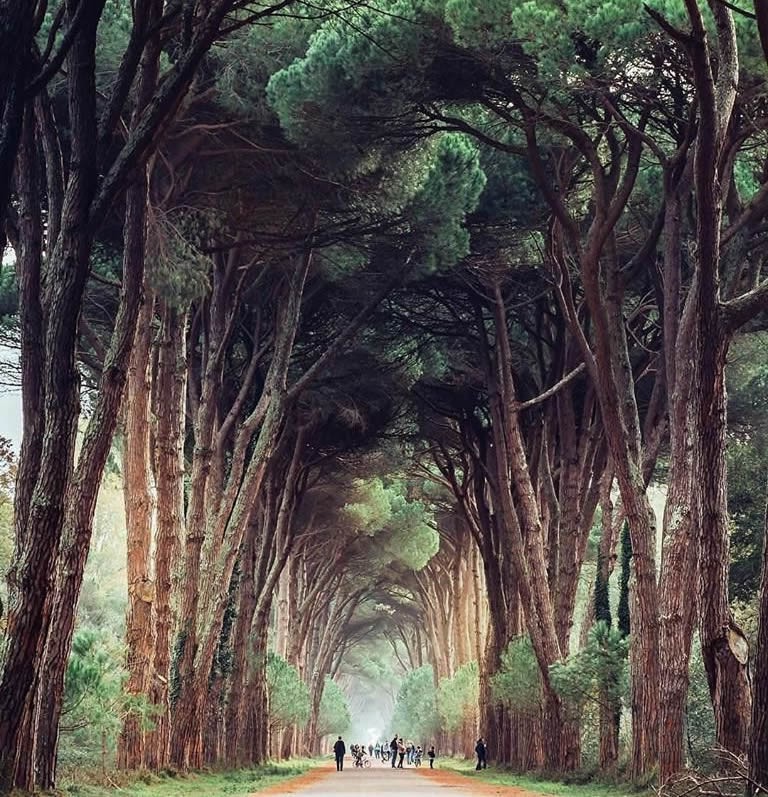 Accessible from Pisa, Lucca and Viareggio we find the natural park of San Rossore, one of the largest pine forests in Europe where it is possible to spend a pleasant excursion immersed in the green Mediterranean on foot, by bicycle, aboard a small train and clock or by horse-drawn carriage. duration of the excursion is about an hour and a half, maximum two hours.Used during the era of the Medici Grand Duchy as a reserve of wood, which started a reforestation action with the planting of oaks, ash trees and elms in the areas lower and humid and of holm oaks and domestic pines on the dunes and on some grazing areas has meant that today it constitutes the most significant residue of the lowland forest called "Selva Palatina" from the Middle Ages to the present day. fallow deer and small herds of wild boars in the wooded part while going towards the "Bocca dell'Arno" and especially during migration periods a rich diversity of bird species

Stazzema is one of the historic Versilia towns and is located about 450m above sea level harmoniously between the Apuan Alps and the mountainous vegetation rich in chestnut trees.Founded by the Romans in ancient times and then passed under the Lucchese dominion around 1200 point of reference for the marble workers who passed right from there to take them to the valley and only recently has it become one of the popular tourist destinations for the panorama and gastronomy. Moving a little further down but always remaining under the municipality of Stazzema we find Sant'Anna historical place, mostly remembered after the massacre that took place during the Second World War by the German SS. Located on the slopes of the Apuan Alps, it can be reached by following a panoramic road for about ten kilometers or for enthusiasts following the paths that start from Stazzema. Even today it is possible to appreciate the uses and the structure of the past, the small village of the past has cons ervato many structures of the typical mountain villages and the production of chestnut flour thanks to the vast expanses around the country which in autumn is a destination for gourmands of the local "castagnaccio" (a typical dessert). 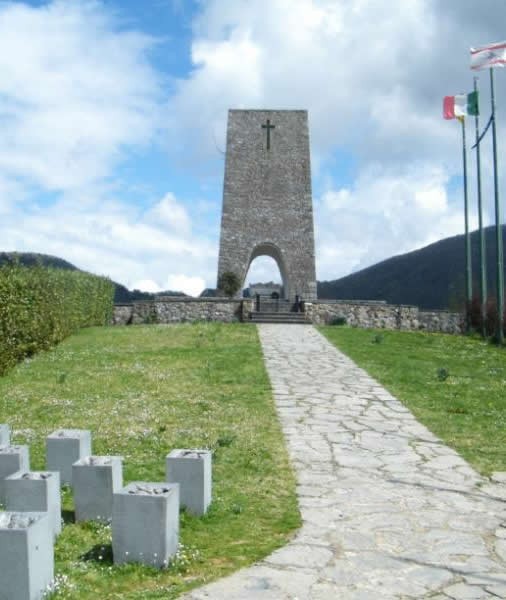